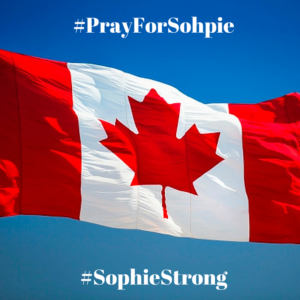 As an act of recognition to her contribution to Canada, it seems reasonable that the “First Family” be allotted a stipend for child care. However, this stipend should not be enough to employ two full-time nannies. The Trudeau family income of $300,000 is enough that they should be responsible for some of their childcare—especially since Prime Minister Trudeau made it a priority to stop the child care benefit for people that made less money than he.

Should Ms. Trudeau be allowed to have administrative staff? Yes, I think that request is reasonable. Mail has to be answered and it looks bad on Canada if it isn’t.

Here is how Canada should proceed with addressing the issues of the unpaid duties of the spouse of the Prime Minister.

Let’s send a message that “unpaid” work IS valued and provide the spouse of the Prime Minister the option of taking on duties that are paid.

Her duties are important and frankly, I don’t know how optional they really are.

Here are two ideas of what her compensation could look like.

Option 1: For a spouse who wants to embrace the limelight, she accepts that this will be her full-time job and she is given the base salary (about $170,000 year) and staff of a Canadian federal Member of Parliament.

The family of the Prime Minister then pays for their child care out of their own pocket, like every other family in the country.

Many pundits have said they are not a fan of moving towards an American system where the “First Lady” is automatically part of the White House team. As polite Canadians, let’s make this optional for the spouse. If this isn’t their “cup of tea” and they don’t want to throw themselves into this role, they shouldn’t be required to.

Option 2: A time card. The spouse of the Prime Minister keeps track of the hours she spends attending to “official duties” and then is paid per hour. She could operate like a consultant or small business owner who builds in the price of her administrative help in to her hourly rate. She also pays out of pocket for child care like every other family in the country.

You know what would happen if this were the case? Child care would become a national conversation that the family of the Prime Minister would push to the forefront of the national agenda and women’s unpaid work would get some prime time media coverage.

So, Ms. Trudeau, you have the chance to bring two very important issues into the nation’s attention. Will you?

6 thoughts on “Sophie Gregoire-Trudeau, The Role of the Spouse of the Prime Minister, and Women’s Unpaid Work”